It is with the utmost sadness that we announce the passing of Thomas M. Schaeffer on January 1, 2021, at the age of 88. He died at the Reading Hospital surrounded by his children.

Tom Schaeffer was born August 11, 1932, to the late Louis and Emma (Flierl) Schaeffer in Frackville, PA. Upon graduating from high school in 1950, he joined the Army and served 2 years at Fort Eustis, VA during the Korean War. Tom married Mary Jane (Haines) on February 28, 1953. Enjoying a long and happy marriage, they would have celebrated 68 years together next month. Following his military service, he relocated to Laureldale, PA where he started his business with a gas station and camper rentals. Over his 66 year career, he grew his business from a small gas station selling Apache Pop Up Campers into Tom Schaeffer’s RV Superstore of today, now a third-generation family-owned-and-operated enterprise with 15 acres of inventory, an extensive RV Parts Department, and a large RV Service Center with 22 service bays, one of the top twenty RV dealerships in the country.

Tom was a self-made man with business instincts, personal integrity, honesty, an engaging personality, and a devotion to family, God, and country. He was sincerely interested in the well being of each and every employee and their families, which earned him their respect and dedication to their jobs. Tom was a workaholic, continuing working every day at his business up until his day of hospitalization.An avid adventurer, Tom traveled extensively throughout the country and the world on business trips and vacations, often accompanied by his children and/or grandchildren and their friends. His most memorable trip was an African Safari with his grandchildren.

He was a champion of many people and organizations. He loved each and every animal and despised animal abuse. He had great memories with his dogs: Heidi, Amber, and Molly. He loved Irish music, reading books, fishing, maintaining his enviable lawns.

Mr. Schaeffer will be forever dearly missed by all his family, staff, and coworkers at Tom Schaeffers RV Superstore. 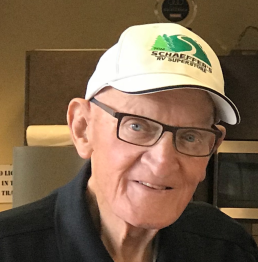